Fate of a Russian child

Fate of a Russian child

When I recently saw the photo of my Russian father on the screen, I broke out in tears. I never had a picture of him and I longed my life for my father to get in my arms. But it's too late for that now. 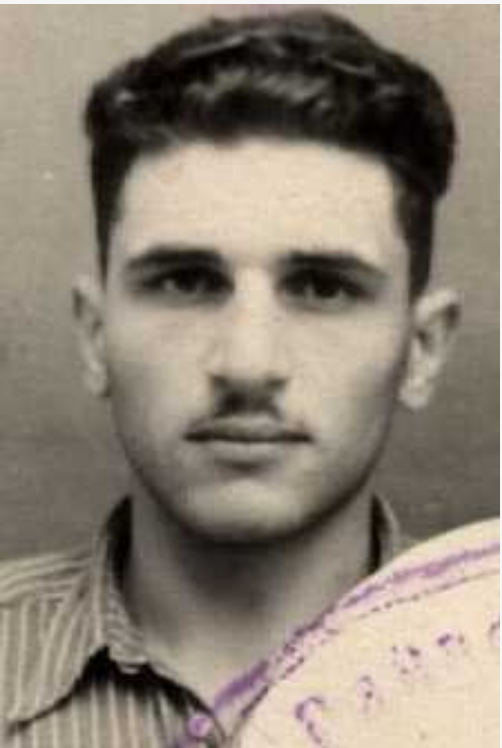 Everything in turn: In the house of my grandparents in Thuringia, some Soviet soldiers were quartered in 1945. So they also had private talks and personal contacts. A young Sergeant found something like substitute parents in my grandparents. The young handsome Russian and the only daughter of the house fell in love and secretly became a pair of lovers. Probably this forbidden love ratio was discovered by the officers, so the young sergeant was transferred to another city. And there the trail of him got lost forever .... He did not know that my mother was pregnant by him. So I was born in 1947 and raised by my grandparents with love and care. My mother worked at the post office doing shift service. For me as little boys, the parents of my mother were also my parents. The situation changed rapidly when my mother married a very simple-minded man. The choice of partner search will not have been wide, though she was a pretty woman. Which man wanted to raise a Russian child? This man who became my stepfather and g

he gave me his surname. This man proved to be pretty brutal and a very simple-minded man. Even as a little boy, I had a deep sense of rejection and the disgust. Moreover, he also beat me for petty offences, and he did not tolerate any objections until adulthood. As a child, I just was afraid of him. My mother deceived me telling: "That's your dad." But as a smaller boy, I felt that he never and never was my father. I was simply overlooked and ignored by the parents and sisters of my stepfather; A disgrace to her that the son's wife and brother had had an affair with a Russian. I felt their rejection from the beginning. Later, when I played on the street with the children of the neighbourhood I often became a bullied victim of older ones, who just regarded me as a Russian and cast me out and regarded me as stupid . On the other hand, I had this feeling less oftenwhen I played with peers but also their parents told them to be suspicious, so that our contacts would not get too tight. At the beginning of adolescence I started to question my mother and my grandparents: Who is my father? My grandfather finally gave me a hint: "Ask yourself, why you're so good at Russian at school." Only when I was about 15 told me my mother casually admitted that he was a Russian soldier and had been accommodated in their home with comrades. At some point I then I inquired my grandfather and thanks to his “revelations” I got all the information I have about my father. The knowledge I had I always had to keep for me, for fear of exclusion and contempt. For me school became pretty much the only way to advance. My stepfather just kept me small. And I had to keep my mouth shut for lived from his income, too. Having finished school I studied Russian because I loved the language and was gifted in this respect. Unlike many I liked the language and it was not too difficult to me in contrast to many others.

In 1972, I escaped to the West in a rather adventurous and risky way.

With great astonishment, I learned that the story of my life usually found great sympathy and aroused curiosity and understanding with those who listened. I was somehow regarded as somebody special and I was also respected this way. Finally, in 1984, I turned to the search service of the Red Cross with the request for information about the whereabouts of my father and got the news of the Soviet Red Cross that he had died two years before. The letter of the Red Cross in Moscow was friendly and warm-hearted, including condolences on account of my father’s death. On request the German Red Cross, stated that further information was not the function of this organization.

More by chance I watched a TV report on “Children of Russian soldiers in Germany,”Russenkinder E.V". I turned to its chairman in Berlin, who – after a short time - thanks to my relatively accurate information, I could present a photo of my father, in civilian clothes , from his military file in Podolsk. My hopes are now focusing on finding out if and where I have siblings in Russia. Maybe new kinship relationships arise in the near future. I am looking forward to that and I'm very curious.